Although he grew up learning and watching his father, Vincent Girardin, make wine, Pierre-Vincent’s wine is coming from his own vineyards and growers he purchases fruit from. His style is distinctly different from his father. Pierre-Vincent is seeking to make wines of terroir with crunchy whites and delicately aromatic reds. He is especially fond of Meursault, Volnay, Pommard and Corton because of the unique characteristics of their various terroirs which he believes to be quite special. Pierre follows organic farming practices in the vineyards and follows the lunar calendar for his decision making. The growers he purchases fruit from have old vines and are also farming organically. Pierre stays in close contact with them throughout the growing season.

In general, with Pierre’s reds, his approach is quite gentle with an infusion or watering of the berries in the initial stages of the winemaking process. Then, there is no punching down only the use of pumping over as he doesn’t want to extract harsh tannins or produce overly powerful wines. Most of his wines are made with 100% de-stemmed grapes and the percentage of whole cluster used, if at all, is only around 15-30%. For Pierre’s ageing regimen on the reds, he uses traditional Burgundy style barrels with around 30-40% new oak. The Volnay 1er Cru ‘Clos des Chênes sees 100% new oak ageing in barrel.

In the fall of 2019, we hosted a tasting with Pierre-Vincent at our shop. The favourite was one of his whites - the 2017 Meursault ‘Les Narvaux’. It had a bit of reduction on the nose which Pierre-Vincent explained comes in part from how he presses his grapes. The wine also showed toasty notes, aromas of ripe pear along with minerality and a zesty lemon citrus lift. It was concentrated with a long finish and pleasing texture on the palate.

Pierre-Vincent is very concerned about oxidation, and one of the practices that he does to protect against oxidation is pressing his grapes very hard. This style of pressing the grapes usually takes about three hours. From this pressing you also get dry extract from the grapes which gives more texture to the wine.

Other practices Pierre-Vincent does to help protect his wine against oxidation include keeping a very cold cellar and purchasing corks from Sardinia that he has found are three times the density of the corks found in Spain and Portugal. He explained these corks provide much greater protection from allowing oxygen into the wine. He also coats each cap in wax to help provide an added layer of protection. For ageing his whites Pierre uses specially designed 456-litre barrels because he feels that keeps freshness in the wines and limits the oak influence. He uses about 40% new oak on his village level and premiers crus whites with 60% new oak for his Corton-Charlemagne. Pierre uses minimal sulphur in the winemaking process.

This young man brings the techniques he learned from his father and his own vision to his wines. We are thrilled to be working with him now in Hong Kong and able to bring you his second vintage – his 2018s.

Here are Linden's impressions from the barrel tasting: Bourgogne Blanc ‘Eclat de Calcaire’ “because I focus on the limestone” was compact with good concentration. Meursault ‘Narvaux’ was rich, round and energetic, fleshy with a fine texture. Pommard 1er Cru ‘Les Grands Epenots’ showed a full colour, with a very ripe nose, a rich sweet attack, some spiciness, and a solid feel. 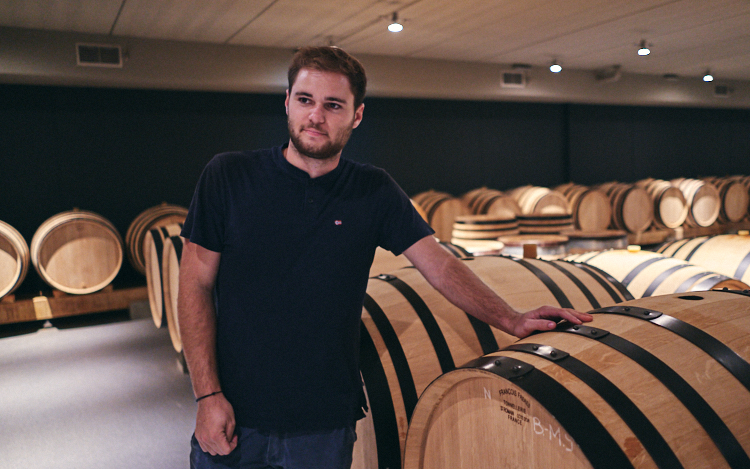 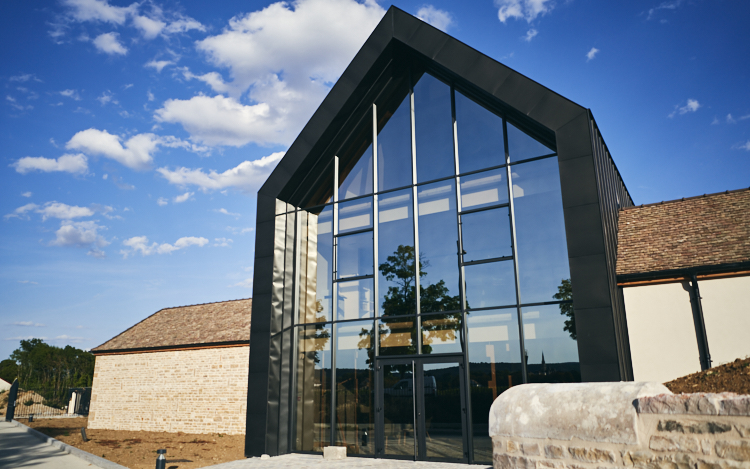 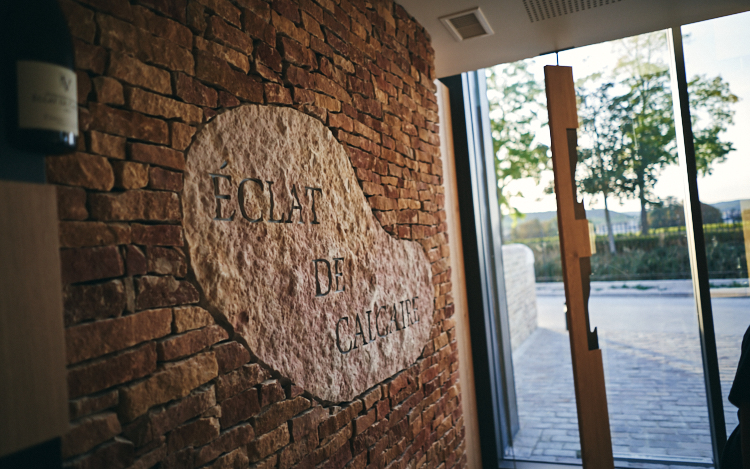 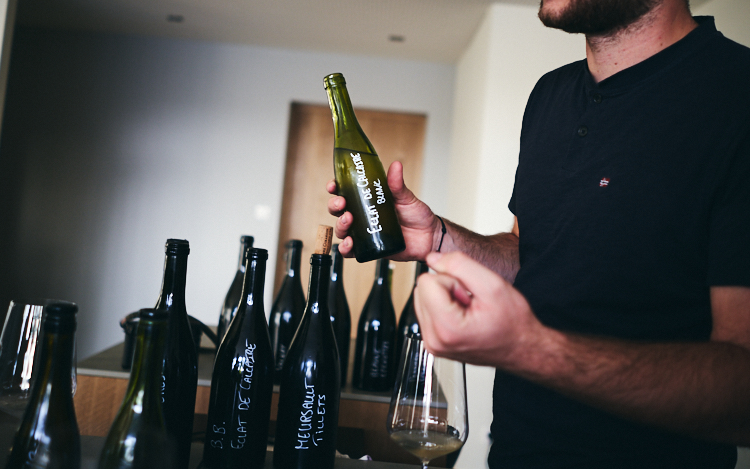 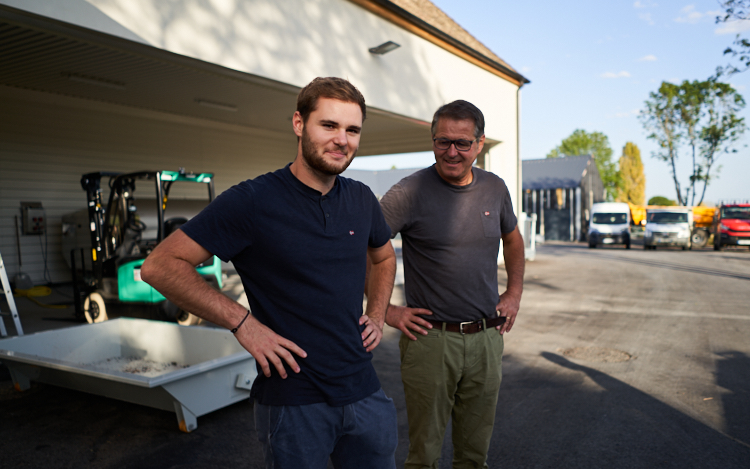 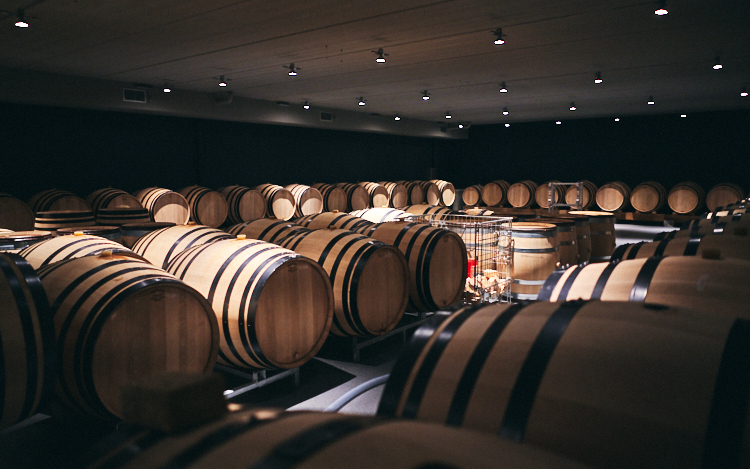 Back
Download as excel
Under the law of Hong Kong, intoxicating liquor must not be sold or supplied to a minor in the course of business. 根據香港法律，不得在業務過程中，向未成年人售賣或供應令人醺醉的酒類。 The wines are offered subject to remaining unsold. Title to all wine remains with The Fine Wine Experience until paid for in full.提供的货物仍有待售。 货物所有权只在收到全额付款到The Fine Wine Experience的帐户後转移。