Needless to say, the opportunity to taste a wine from the 19th century is a rare and special one. When the whole evening is comprised exclusively with wines made in the 19th century, it is simply remarkable. The experience stretches well beyond the array of aromas, textures and flavours present in our glasses. To taste a wine made in the 19th century is a paradoxical experience – the wine is alive, still offering its scent and its taste 12 decades of more later. At the same time it is made by generations of people all now gone. The entire global community responsible for these wines are now held only in our collective memory. The bottles represent their final, direct, communication with us. We know that you will appreciate just how special a privilege that is as much as we do.

There is some emotional resonance to experiencing something as rare as this.

Of course wine is a living product. Like us it remains alive against longer odds as the decades pass. Some may be frail, while others remain surprisingly vibrant still. Those odds depend in part on terroir and the qualities of the vintage – each has its life-enhancing properties to give. But provenance and bottle condition certainly play their role. The Fine Wine Experience co-organised and co-hosted two 19th century wine dinners in London with Christie’s in 2009 and 2010. Both were extraordinary experiences made possible in part by bottles that had been held in the Christie’s cellar for decades. Mike Wu and I were already discussing the idea of organizing such a Fine Wine Experience dinner in Hong Kong when we began working together in 2013. We knew that sourcing very conservatively, and taking as much time as was required to assemble an evening’s worth of bottles was the only way such an event could take place once more. This event represents 5 years of meticulous sourcing efforts. Many of the bottles are ‘ex-cellars’ recent releases from the producers themselves, or have been recently examined and in some cases recorked by the estate. We had no firm list of wines to include at the beginning of this project in 2013 – the collection has been driven by provenance as the first priorty. That said, the final list is a pretty thrilling selection, nicely balanced across a variety of wine styles, with white and red Burgundy, white Jura, red Bordeaux and Sauternes, as well as Tokaji, and vintage Madeira represented.

Many were made in vineyards as they were historically planted, on native roots, in high density co-planted vineyards, as they were before phylloxera led us to the subsequent re-organisation of vineyards, the rationalization of grape varieties, and transmission of the terroir through today’s standard intermediary, American rootstock. The experience, therefore, also offers a glimpse into something ancient, now lost forever, except in the diminishing few bottles that remain with us.

We have chosen Arbor as the venue this evening, for the excellence of their wine service,

and the purity and finesse of their cuisine. Chef Eric Raety has drawn on 19th century inspiration for elements in the menu in celebration of this special occasion.

We have a few other special touches in store too, to make this evening as special as it deserves to be. We hope that you can be a part of it.

I will resist the temptation to trot out ‘once in a lifetime’, not least because I’d like to hold on the hope that we might do this again some day. Realistically, this will only become increasingly more difficult to organize, and the next – single bottle, single table – example of this event will be some years away, if we manage it at all. But given how rare and exceptional this evening is, and how few places there are on offer, I would implore you to not hesitate at all if this is of interest, in order to avoid disappointment. 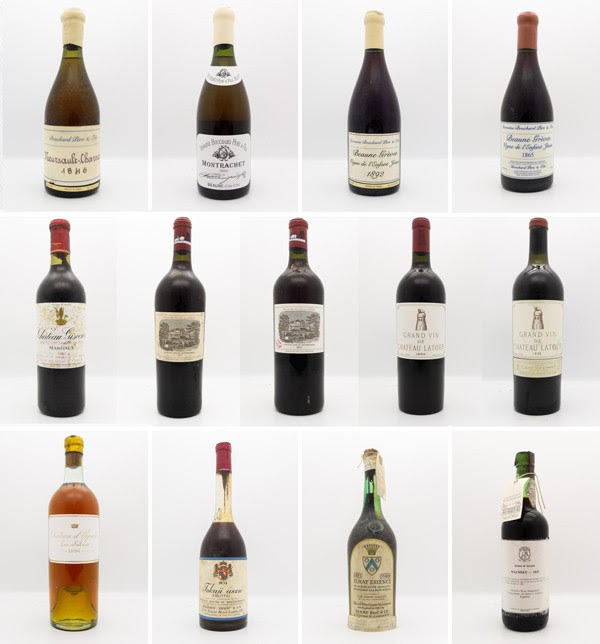