As you likely saw in your email in January, we have added another top grower Champagne to our portfolio – Chartogne-Taillet. I wanted to give you one of the first opportunities to taste it. Can we distinguish 100% Pinot Meunier Champagne from 100% Pinot Noir based bubbles?

This is a small family domaine producer, with 12 hectares, led since 2006 by Alexandre Chartogne – ‘one of Champagne’s brightest rising stars’.  Chartogne, whose family have been involved in winegrowing here since at least the 15th century, had learned his craft working for Anselme Selosse.

Chartogne uses no chemicals, herbicides or insecticides, instead, focusing his viticulture on ploughing the soil, and maintaining the health in the vineyards through natural fertilizers from sheep and chickens on the property, organic treatments, and the cultivation of cover crops. He is a believer that healthy vineyards are the key to transmitting the terroir of each site, and that is his focus here.

This Champagne is made from 100% Pinot Meunier, from a 50-year-old ungrafted single vineyard. The soil is made up of Thanetian sands over Campanian chalk. Amazingly, phylloxera has never managed to penetrate this vineyard. Yields are very low. Primary fermentation is in 228 litre oak barrels, and the wine receives 3 grams per litre of dosage.

A 100% Pinot Noir Champagne from the single vineyard ‘Les Orizeaux’. The vineyard is made up of vines planted in 1970 and grown in Thanetian sands over layers of limestone and Campanian chalk. Primary fermentation is in old Burgundy barrels, and it receives 3 grams per litre of dosage. This Champagne benefits from air and even being decanted.  It’s their most ageworthy Champagne.

Although he grew up learning and watching his father, Vincent Girardin, make wine, Pierre-Vincent’s wine is coming from his own vineyards and growers he purchases fruit from. His style is distinctly different from his father. Pierre-Vincent is seeking to make wines of terroir with crunchy whites.

Pierre follows organic farming practices in the vineyards and follows the lunar calendar for his decision making. The growers he purchases fruit from have old vines and are also farming organically. Pierre stays in close contact with them throughout the growing season.

Pierre-Vincent is very concerned about oxidation, and one of the practices that he does to protect against oxidation is pressing his white grapes very hard. This style of pressing the grapes usually takes about three hours. From this pressing you also get dry extract from the grapes which gives more texture to the wine. It can also cause reduction in the wine, so these wines usually benefit from being decanted upon opening.

Other practices Pierre-Vincent does to help protect his wine against oxidation include keeping a very cold cellar and purchasing corks from Sardinia that he has found are three times the density of the corks found in Spain and Portugal. He explained these corks provide much greater protection from allowing oxygen into the wine. He also coats each cap in wax to help provide an added layer of protection. For ageing his whites Pierre uses specially designed 456-litre barrels because he feels that keeps freshness in the wines and limits the oak influence. He uses about 40% new oak on his village level and premiers crus whites and minimal sulphur in the winemaking process. These 2018s are just his second vintage. Let’s see what we think of these whites from this young star and the sunshine rich vintage of 2018.

Domaine des Epeneaux (Comte Armand)’s origins date back to the French Revolution. In the more recent history, this domaine has had some very talented winemakers at the helm: Pascal Marchand, 1985-1998, Benjamin Leroux, in charge 1999-2014, and now Paul Zinetti, who joined in 2010 and has led since the 2014 vintage. These three winemakers have given the estate a continuity of quality at the highest level.
Zinetti explained to our Senior Wine Consultant, Anthony Hanson MW, on a cellar visit in 2019, “It is very important to hold the vat at a hot temperature for a period, after fermentation, to bring fat and smoothness to the wine.” Anthony noted that there is more finesse in the wines now.

Comte Armand has been biodynamic, and organic, for a long time. Most of the harvest is de-stemmed, though depending on the vintage some whole bunches may be retained at the sorting table if in perfect health and ripeness, with the green part of the stem painstakingly removed (as we see similarly at Domaine Perrot-Minot and Domaine Leroy). The use of new oak is low, between 0% and 30% depending on the cuvée and the vintage.

Then, for wine B, we move onto the top wine at this estate which is also a contender for the leading wine of Pommard – the 1er Cru ‘Clos des Epeneaux’, a monopole of the domaine, enclosed by four walls within Petits-Epenots and Grands Epenots. Anthony notes that Zinetti follows the approach laid down by Marchand, of making separate cuvées from different plots within the Clos, before a final assemblage. Here is what Anthony experienced on his visit with Zinetti:

Today, for instance, Zinetti will make a vat from the young vines, and three others, which one may taste separately while they are ageing in barrel. Cuvée No. 1 will come from 55-60 year-old vines in the south-east section of the Clos. Relatively low-yielding, this may give a densely fruity wine, with freshness and rich length. Cuvée No. 2 may be the youngish vines, lying just to the west, which will not be included in the final blend. Cuvée No. 3, from 75-80 year-old vines, may show great vivacity, with gentle tannins and fresh length. Cuvée No. 4. is from 85-90 year-old vines, in the north-eastern sector of the Clos, the vines being planted on thin soils which are rich in clay and pebbles. Fleshy and dense, round and rich, this can bring structure to the whole. Bringing together Nos. 1, 3 and 4, at the end of barrel-ageing, produces a complete wine of great suavity, richness and length.

We are tasting the 2017 vintage today known for its charming fruit and approachability. Let’s see what we discover in these two glasses and whether we will be able to distinguish Volnay from Pommard.

For me, this next pair is one of the value buys in Bordeaux. This estate and Léoville-Poyferre are two of my favourites from the commune of Saint-Julien. Château Gruaud Larose has a long history in Bordeaux with the estate being divided for a period of time. However, the Cordier family, who were already négociants in Bordeaux purchased one part of the estate in 1917, and then were able to purchase the second part in 1935, so since that time the original estate has been making wine under one label. Since 1997, Gruaud Larose has been owned by Jacques Merlaut who also owns several other estates in Bordeaux under the Taillin Group. The vineyards make up approximately 82 hectares and are planted to 61% Cabernet Sauvignon, 29% Merlot, 7% Cabernet Franc and 3% Petit Verdot.

In the vineyard they have used mostly organic farming practices for quite some time, and since 2019, they have followed biodynamic farming practices. The average age of the vines is 46-years-old, and they have some Cabernet Sauvignon vines that are over 80-years-old. High density planting is used in the vineyards. Their terroir is unique for St.-Julien having the highest elevation on the plateau as well as the most clay.

For the winemaking, fermentation takes place in a combination of 30 oak vats ranging in size from 55 to 115 hectolitres and 32 concrete vats that hold 50 to 100 hectolitres. Then, malolactic fermentation takes place in a combination of cement and oak vats. For ageing and the use of new oak, it varies depending on the vintage. Since 2010, they tend to use 85% new oak and age the wine for eighteen months.

We have two strong vintages from Bordeaux to compare here but with the 1990 being a ripe and powerful vintage while 1989 was also a hot and dry summer, the wines didn’t necessarily reach phenolic ripeness at all the estates. As a result, some of the 1989s needed more time initially and can still present a bit more backward and in need of time. In general, they aren’t as giving as the 1990s. Merlot was king in 1989, so wines with more Merlot in the blend tended to perform better. Let’s see how these two back to back vintages will compare from Gruaud Larose.

Danish winemaker, Peter Sissek, is the visionary behind Pingus. After making wine in Bordeaux, he moved to Ribera del Duero in 1993 to manage a new project, Hacienda Monasterio. He became inspired by the old vines he saw around him in the region and wanted to make a wine that would be his own vision. Pingus is 100% Tinto Fino (the name for tempranillo in Ribera del Duero), and the vines are 65 plus years old. In 1995 this wine made its debut with much acclaim from Robert Parker setting it on a high trajectory from the very start. This first vintage received 95 points, the highest score ever given to a Spanish wine up until this point. Sissek named the wine ‘Pingus’ which was his childhood nickname.

One of the keys to the allure of Pingus is its concentration which comes by keeping the yields low. Peter Sissek started this project by pruning his vines back to 1-2 buds per cane. The vines have never been treated with pesticides nor seen fertilizers. Since 2001, he has farmed biodynamically.

For the winemaking, the fermentation takes place in large wooden vats. Initially, he used a high amount of new oak for ageing, but now he has reduced that using none in top vintages. Usually, production is less than 500 cases, but no Pingus is made in a bad vintage.

The 2009 vintage in Ribera del Duero experienced very hot temperatures that even exceeded those of2003. However, rains came in providing relief and the resulting wines are of very good quality.
In 2008, by contrast, the growing season experienced cooler average temperatures in Ribera allowing for slow ripening of the grapes. The resulting wines show elegance. Let’s see if we pick these two wines out as one being from a relatively cooler vintage and one from a hot vintage. 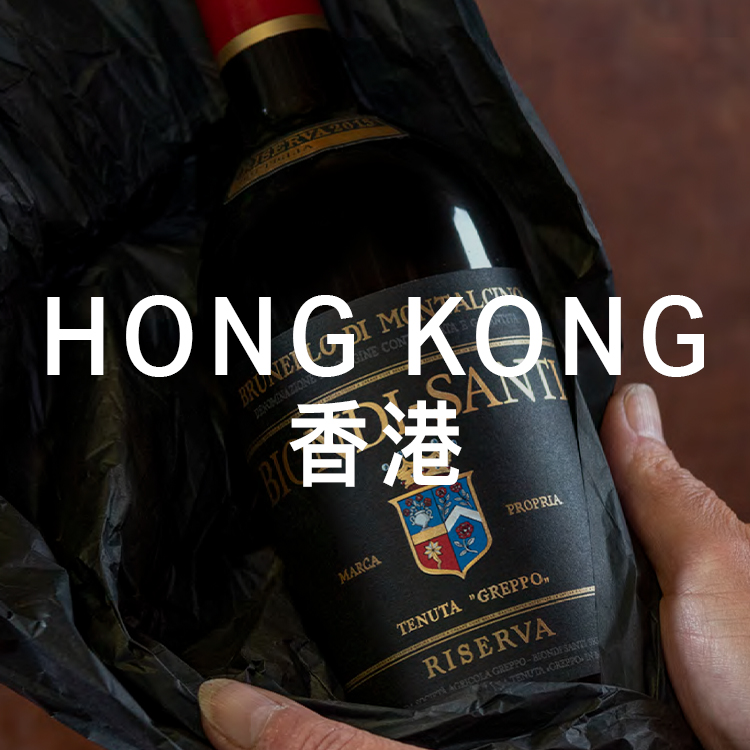