With the holiday season fast approaching, I decided on bubbles for our first pair. We just received these two wines in from Champagne grower, Georges Laval. Let’s see if we can distinguish predominantly Pinot Meunier Champagne from 100% Chardonnay based bubbles.

This Grower Champagne, Georges Laval, has quite small holdings with only 2.5 hectares. They produce approximately 15,000 bottles per year. Based in Cumières in Vallée de la Marne, they are one of the oldest winemaking families (since 1694) in Champagne. Georges Laval has farmed his vineyards organically since 1971, and he makes the wine in a natural and artisanal way. His son, Vincent, who took over in 1996 follows this same approach and farms and works in this way in order to preserve the original aromas and flavours of the great terroirs of Champagne. For winemaking, Vincent uses indigenous yeast, ferments in oak barrels, and uses very little sulphur, and there is no fining or filtration.

In 2015, Vincent Laval started producing the cuvée Garennes; it’s mainly produced from Pinot Meunier grapes from a plot of vines located in Chambrecy approximately 20km from Cumières. Then, this juice is blended with reserve wines from Cumières for the final blend from the years spanning 2013 to 2017. There is 1 gram per litre of dosage added making it an Extra Brut instead of Brut Nature as is the case for most of the Georges Laval Champagnes.

Les Chênes is a Blanc de Blancs made from 100% Chardonnay and receives no dosage. The vineyard is located in the eastern part of the village of Cumières, between the road to Aÿ and the coast of Hautvillers, under the famous abbey. Its location is ideal for growing Chardonnay for Champagne as it’s mid-slope and facing south. The soil is made up of chalk subsoil under a thin layer of clayey-silty soil.

Northwestern Spain, and more specifically, the region of Galicia is described as “green” Spain and is quite a bit different than the rest of the country. They receive lots of rain here, and the close proximity to the Atlantic Ocean is a major influence on the vineyards. The wines are distinctly different with more acidity and liveliness, a marked salinity note and lower alcohol levels.

Through winemaker Raúl Pérez, I met Rodrigo Méndez, and no one makes better or has a greater dedication to Albariño from Rias Baxias than Rodri. Together, he and Raúl created ‘Forjas del Salnés’; it began as a garage winery in 2005 and is named for Rodri’s grandfather’s iron works.

The vineyards for these wines are located in a subzone of Rias Baxias called Val do Salnés. It’s the coolest area of Rias Baxias and noted for producing the best Albariño. The soil is pure granite with rocks and alluvial soil on top that make it extremely well suited for growing Albariño. The average temperature during the growing season is 16 degrees Celsius, and it’s one of the rainiest regions in Spain, so the alcohol levels tend to be lower with pleasing acidity.

Leirana – These vines were planted between 1952 and 1982. The fermentation takes place with indigenous yeast and the wine is aged in 80% stainless steel tanks and 20% neutral oak barrels; there is no malolactic fermentation.

Leirana Genoveva – This wine is made from vines that date back to 1862. It’s aged for twelve months in four-year-old large oak foudres. This Albariño comes from a single vineyard. Let’s see how the vineyard expression differs from Leirana.

Azienda Agricola Sottimano (‘Sottimano’) is located in the Barbaresco Cru of ‘Cottá’ in Neive. It was established at the end of the 1960s after Rino Sottimano finished his enology studies. He decided he wanted to make his own wine, so he purchased the house, cellars and surrounding vineyards. The first year where he started making wine with his own grapes was in 1975. The estate was just a few hectares initially, and now it makes up 19 hectares. Rino, his wife, Anna, and their children (son – Andrea and daughters – Claudia and Elena) are all involved in the estate, so it’s a family owned and operated winery. They make about 90,000 bottles a year which includes Dolcetto, a dry, still Brachetto called Maté, Barbera d’Alba, Nebbiolo Langhe, Barbaresco Riserva and Barbaresco from the following five crus - Currá, Cottá, Fausoni, Pajoré and Basarin. All of these crus are located in Neive except for Pajoré which is in Treiso. Soils in Nieve are made up of mainly sand and clay. In Treiso, the soils have more limestone.

For the winemaking at Sottimano, they only use organic fertilizer when necessary and no herbicides or pesticides. Then, they keep low yields through green harvesting

The winemaking at Sottimano is fairly traditional with long maceration on the skins. And the alcoholic fermentation is kicked off with indigenous yeast. Then, the malolactic fermentation is given a long time to occur(a year) and takes place ‘sur lie’ in wood with 10% being new barrels and the remainder neutral barrels that have been used for up to four or five years. The barrels used at Sottimano are French oak barrels that are especially made for them by Francois Frères in Burgundy. There is no fining or filtering of the wines. The use of sulphur is kept at a minimum, just used at the time of bottling. The ageing of their single vineyard crus is 24 months in French barriques followed by at least one year of ageing in bottle prior to release.

Cottá is the cru where the winery is located. When Linden and I visited, Claudia described the wines from here as being some of the most powerful. It’s a southwest facing vineyard that’s approximately 300 metres in elevation. The vines are 50-60 years old on average. For the initial phase of the winemaking, they will allow maceration on the skins for 25 days. Then the rest of the process is the same as for the other crus. This cru tends to be the most fruit driven; Claudia explained the typical aromas are liquorice, dark fruit and tobacco. Let’s see what we find in our glass.

Pajoré is the only cru that Sottimano makes that’s located in Treiso. The soils here contain more limestone than in Neive. It is a higher elevation vineyard at 400 metres above sea level, and the vines are 50 to 70 years old. The vineyard is made up of poor limestone soil, and Claudia explained that this creates a spice note in the wine. More specifically, she described that this cru tends to produce wines with a liquorice and sweet spice element as signature aromas.

Henri Bonneau is a legend, and people say his personality was like his wines, generous and charming. Since his passing in 2016, his wines have gained an even greater cult status. His son, Marcel, is in charge now. Henri Bonneau was a master blender, in his notoriously messy cellar, a bit like a mad scientist. He would decide on what cuvée to create just before bottling, after 3-4 years aging in small barrels, demi-muids and foudres, none of which were younger than ten years old.

The standard Châteauneuf-du-Pape from Henri Bonneau is delicious, but the micro cuvées are the most sought after: Cuvée Marie Beurrier, Réserve des Célestins and Cuvée Spéciale. The average vine age is 30-years-old. Bonneau’s 6.5-hectare estate is mostly on the ‘La Crau’ terroir, arguably Châteauneuf's finest vineyard. His wines are made up of predominantly Grenache (80% - 90% of the blend) with 10-20% of Mourvèdre, Syrah, Counoise and Vaccarèse. Henri didn’t de-stem or filter his wines, and he harvested as late as possible. These wines are not the powerful, fruit forward and high alcohol wines frequently associated with Châteauneuf-du-Pape. Rather, the ‘Réserve des Celestins’ from Domaine Henri Bonneau shows the graceful and elegant side of Châteauneuf-du-Pape. Some say this is because he owns the best terroir in the region which is located in ‘La Crau’. Henri Bonneau was very much a traditionalist. He learned winemaking from the generations before him and used his gut and intuition to make wine rather than following a recipe of analysis and science.

The Réserve des Célestins is a powerful wine that can age for decades, developing savoury, meaty, almost saline flavours that is dimensions away from the predominantly fruity, modern Châteauneufs. Réserve des Célestins displays intensely concentrated black fruit and is very refined. Let’s see what we think of these two top vintages for Châteauneuf-du-Pape.

The 2013 SQN Female Grenache is a blend of 78% Grenache, 19% Syrah, and the rest Mourvèdre that’s mostly from the Eleven Confessions Vineyard in the Santa Rita Hills. It’s made with 88% whole cluster which is high for SQN. 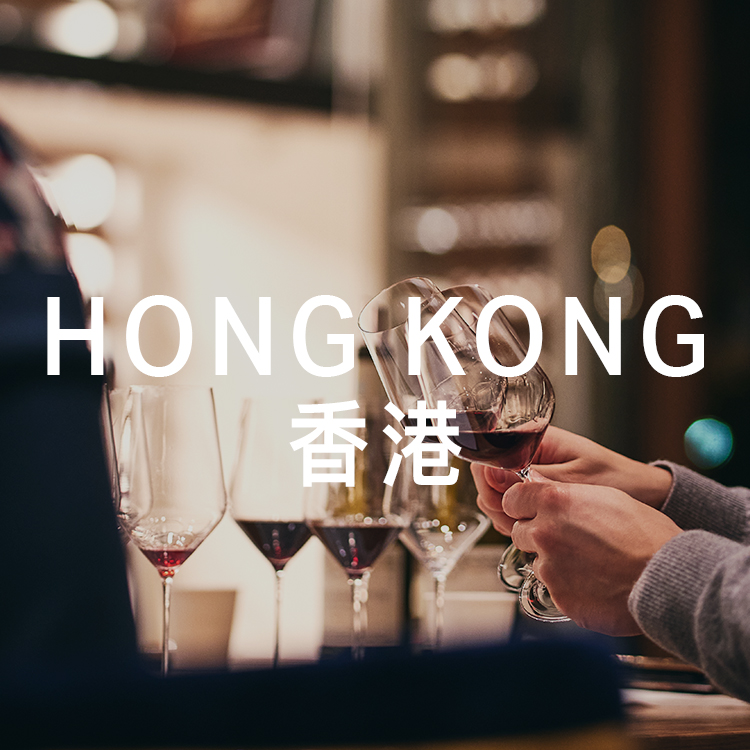 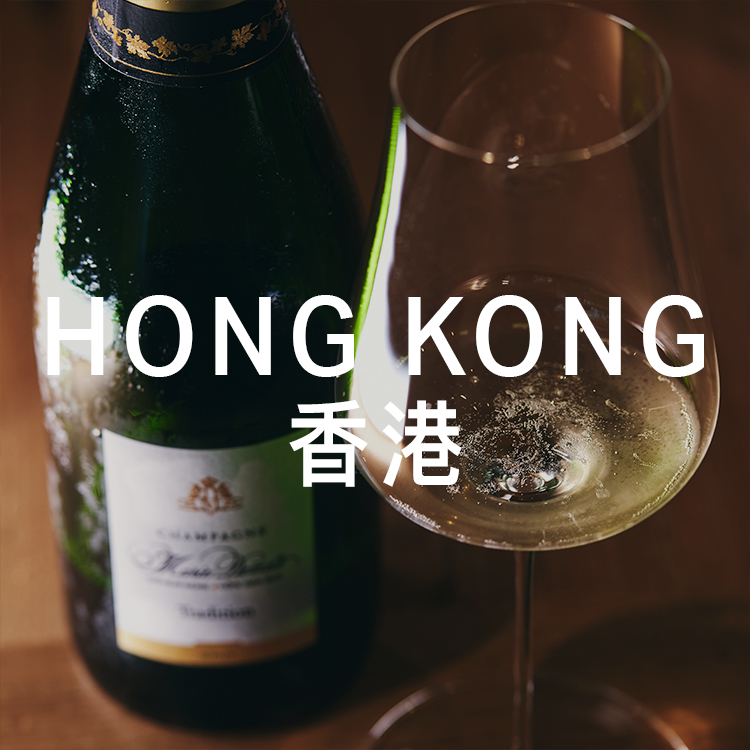